I used to think that if I want to learn how to draw like a Disney artist, I don’t need to worry about drawing realistically at all – I just need to be able to draw in the simplified ‘Disney style’.

By reading more about the development of Disney’s animation art I began to understand that there is a very strong realistic foundation underneath Disney’s art style.

In this post I am sharing what I’ve learned so far about the Disney animation art style. About what it is that makes up the characteristic Disney art style and how the magical Disney aesthetic came to be.

What is Disney’s art style?

Disney animation has a ‘storybook realism’ art style: a naturalistic and realistic style inspired by the aesthetic of classic European storybook illustration. This artistic style started developing when Walt Disney was working on his first feature-length animation (Snow White and the Seven Dwarfs).

There are, of course, many differences between individual Disney animation movies.

But if we look at the classic fairy tales – which are generally associated with the characteristic Disney aesthetic – their art style can often be traced back to the first Disney feature film, Snow White and the Seven Dwarfs.

The style of Snow White was inspired by the European style of storybook art.

Disney’s version of Snow White and the Seven Dwarfs opens with a storybook and the storybook actually sets the tone for the general look and feel of the movie.

To create the feeling of a ‘living storybook’, Disney had help from several great stylists of European storybook illustration (e.g. Gustaf Tenggren, Albert Hurter, Ferdinand Horvath). These European artists helped Disney to develop a style that would be familiar (and beloved) with the audiences.

The storybook became a sort of style guide for the artists working on the animated classic. The artists instilled the European storybook feel in all of the little details of the animated feature. For instance in the intricate wood carvings, in the design of the wooden cottage of the seven dwarfs, and even in the way the trees were drawn and painted in the forest.

And, eventually, this storybook aesthetic set the standard for the rest of Disney’s animated productions.

Example: For the making of Tangled (2010) the creators used Disney’s Cinderella (1950) and Pinocchio (1940) as inspiration to create a style guide for the environments in Tangled. This shows how the individual styles of Disney animation movies can be related to Disney’s classics.

A sense of realism and naturalism

Walt Disney understood from the very beginning that for Snow White and the Seven Dwarfs to succeed, the audience needed a strong emotional connection to the film and its characters. He intended to establish this emotional connection by creating a sense of realism and naturalism in his animated feature.

A few examples of how Disney created a natural and realistic style in Snow White and the Seven Dwarfs:

By putting these and many more elements together, Walt Disney created a very convincing illusion of life in his animation.

Throughout the years traditional (2D) animation at Disney has gradually been replaced with 3D animation, but the most basic look of a Disney fairy tale is still (European) storybook illustration with a realistic and naturalistic approach.

In a 1935 memo, Walt Disney wrote: “… our study of the actual is not so that we may accomplish the actual, but so that we may have a basis upon which to go into the fantastic, the unreal, the imaginative – and yet to let it have a foundation of fact, in order that it may more richly possess sincerity and contact with the public.”

My name is Kiran and I love drawing happily-ever-afters! 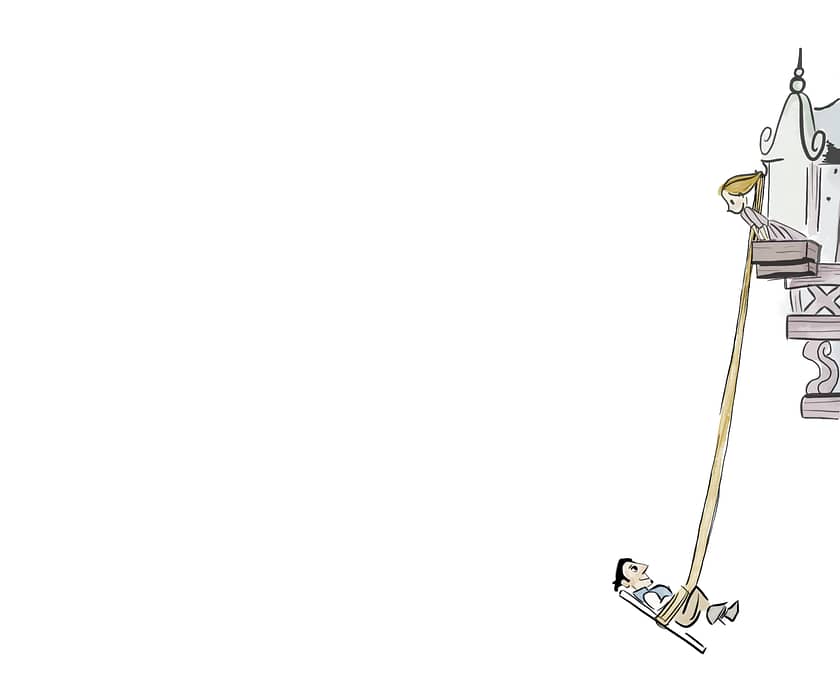 This website uses cookies to improve your experience while navigating. The cookies that are categorized as necessary are stored on your browser as they are essential for the working of basic functionalities of the website. We also use third-party cookies that help us analyze and understand how you use this website. These cookies will be stored in your browser only with your consent. You have the option to opt-out of these cookies, but this may affect your browsing experience.
Necessary Always Enabled
Necessary cookies are absolutely essential for the website to function properly. These cookies ensure basic functionalities and security features of the website, anonymously.
Functional
Functional cookies help to perform certain functionalities like sharing the content of the website on social media platforms, collect feedbacks, and other third-party features.
Performance
Performance cookies are used to understand and analyze the key performance indexes of the website which helps in delivering a better user experience for the visitors.
Analytics
Analytical cookies are used to understand how visitors interact with the website. These cookies help provide information on metrics the number of visitors, bounce rate, traffic source, etc.
Advertisement
Advertisement cookies are used to provide visitors with relevant ads and marketing campaigns. These cookies track visitors across websites and collect information to provide customized ads.
Others
Other uncategorized cookies are those that are being analyzed and have not been classified into a category as yet.
SAVE & ACCEPT